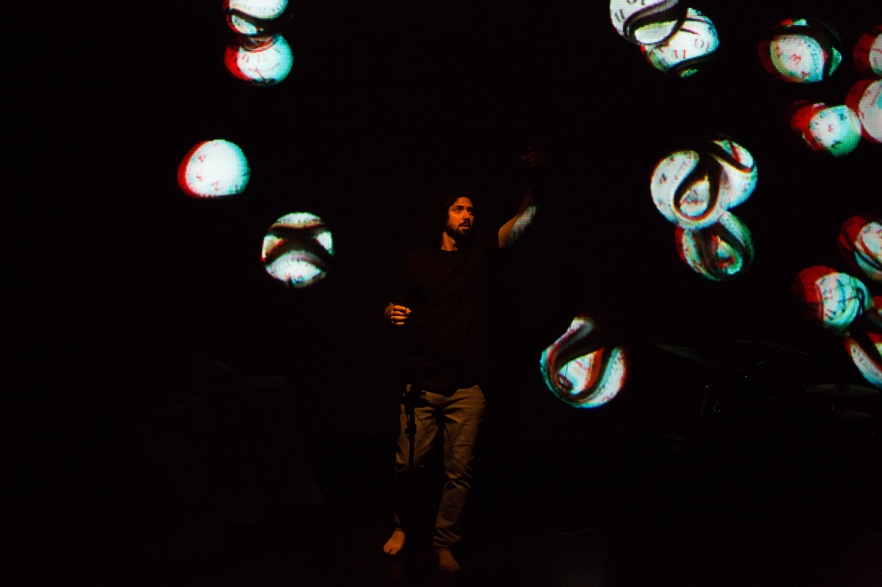 The Hour by Alon Ilsar

The audience is invited to put on 3D glasses, sit in amongst a surround sound array and take a synaesthetic one-hour journey through sound, movement and visuals exploring our relationship with numbers, religion, nature and technology.

This unique collaboration features Alon Ilsar on drums and AirSticks, a new custom gestural instrument that allows the triggering and manipulation of sounds and visuals by slashing and striking through the air, along with the interactive visuals of Andrew Bluff, sound design of Daniel Krass and 3D animations of Matthew Hughes.

The Hour was premiered as part of the Sydney Conservatorium of Music’s Vivid music program on June 10. 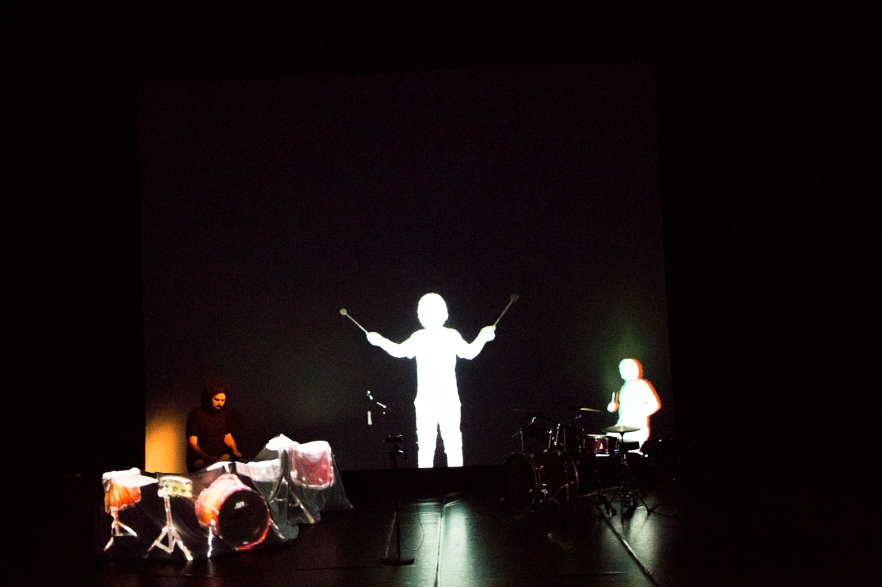